After years of being over 130 pounds overweight, nearly dying, living in depression and despair that made even the simplest tasks unbearable… I ultimately discovered a controversial way to end my struggle with emotional overeating with a simple hack that gave me back hope, self-confidence, and lasting success.

I held my breath as I waited to step onto the plane from the jet bridge.

I looked at the open aircraft door and down to the space between the bridge and the door, wondering if it was secure enough to hold my weight until I could step onto the safety of the plane.

Sometimes the jet bridge can send a little jolt out when it senses a change in weight. In this case I feared – it would move when it sensed my weight on it.

I held my breath, hoping it wouldn’t automatically twitch while I stood on it.  I felt it move when it sensed the difference between myself and the passenger ahead of me, a wave of panic surged through me. 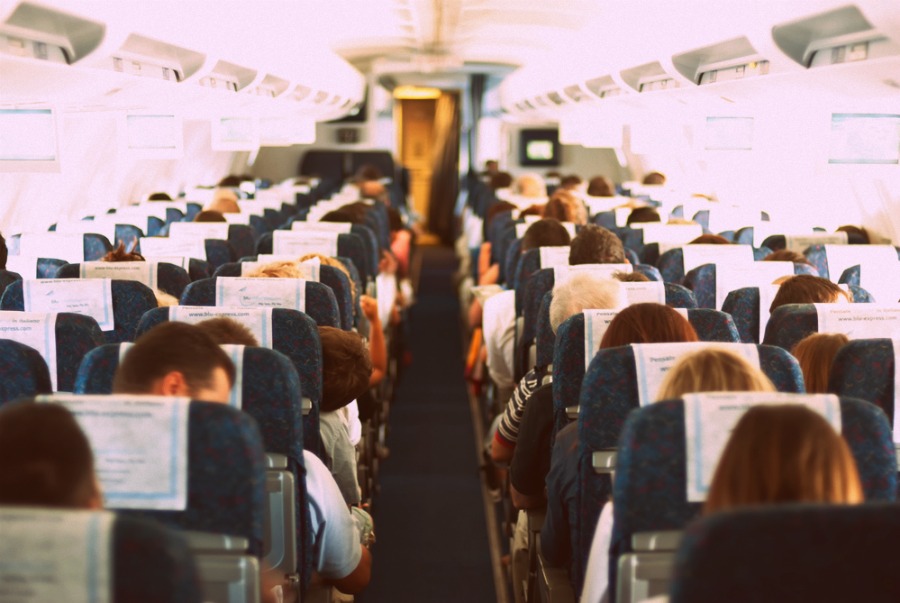 Once I stepped to safety on the plane, I knew in that moment I was being slightly irrational.  I couldn’t break the solid piece of aircraft machinery, but it didn’t stop me from worrying about it.

When you’re over 320 pounds like I was, you constantly judge anything you might come into contact with to see if you’re going to break or damage it with your weight.

As I walked down the aisle slightly angling myself and being very careful to avoid touching anyone sitting in an aisle seat, I found my seat.

A handsome man was sitting in my row.

I smiled nervously and said, “Excuse me, I’m sitting here too.” He rolled his eyes and proceeded to get up so I could get to my seat.

I was embarrassed again. But my shame was far from over.

Sitting down I immediately knew the seat belt wouldn’t buckle across my body.

As discretely as possible I tried to get the flight attendant’s attention.  I needed a seat belt extender.  I didn’t even want to say the words out loud.

Finally the flight attendant who happened to be a beautiful thin young woman around my age, nodded and smiled in acknowledgement.

“I need an extender,” I whispered making a gesture with my hands of a seat belt clicking together.

She didn’t get what I said.

I repeated it in the same low voice trying not to draw attention to what I was asking for.

“What?” The attendant asked again.

“She needs a seat belt extender!” The man sitting next me shouted.

I was horrified. I wished I could have disappeared through the floor. Unfortunately, I’ve lived through too many of these types of moments while carrying around an extra 100 + pounds.

Now, the truly sad part is that I know I’m not alone.

You may have suffered through many moments like this.

It’s utterly humiliating. From people staring at you in disgust to small children asking their parents while you’re waiting in line at the grocery store, “Mommy, why is that woman so fat?”

What’s worse is you’ve probably replayed a scenario similar to this in your head at least 20 times over after it’s long past.

In fact, you probably have a running list in your head of things you purposely don’t do because the extra pounds make it uncomfortable or unbearable.

For instance, do you walk into a room and look around to make sure you find a chair that’s strong enough to hold you?

Do you feel like no one believes or values your personal feelings on how dieting has never worked for you long term?

Has every diet you’ve ever tried has left you fatter in the end?

Do your friends or family  assume that you’re “lying,” about “sticking to your diet.” Especially, since they told you that your cousin’s best friend lost 100 pounds and kept it off good on the kale and quinoa diet. 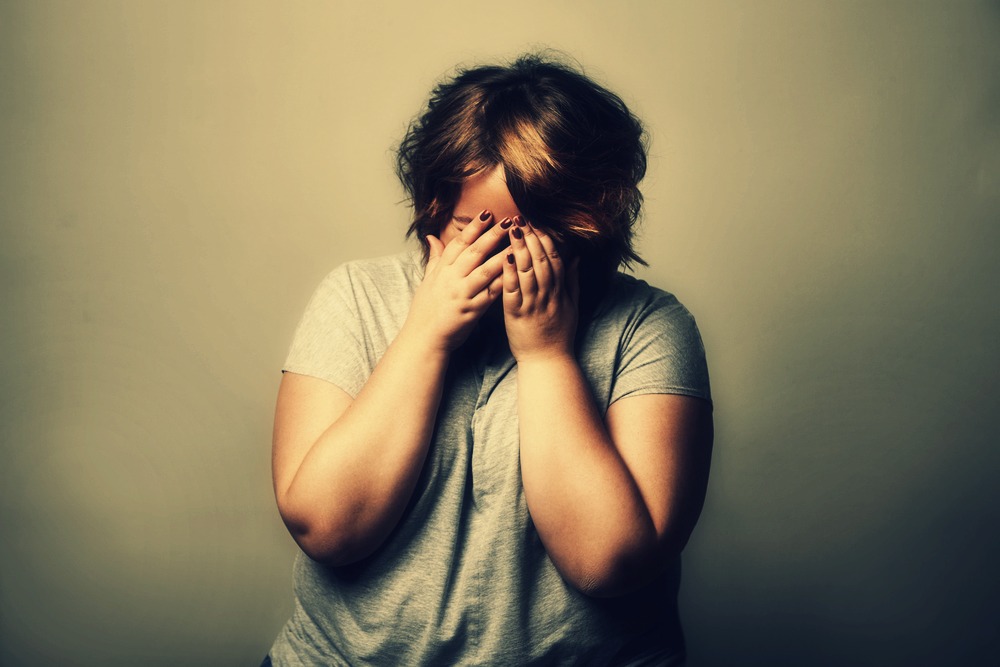 Clearly you’re the problem, right? Never mind the fact that nearly 2 in 3 Americans are overweight or considered obese by the CDC.  This means millions of other people have the same exact story as you and I do. But it’s ignored.

Do you feel as if you’re constantly counting calories, living off protein powder, or always saying no to a certain food group? It’s frustrating to see the scale go down and then after a couple of weeks nothing…

…What happened? Now that number on the scale isn’t evening moving. In fact, it’s climbing in the wrong direction!

It’s so easy for a well meaning family member or a doctor to prescribe “weight loss” as the answer to the problem or even lecture you about it.  I’m sure you’ve been told this condescending advice before, “You just need to eat less and move more.”

Never mind the fact that scientific researchers are just now proving what we knew all along. THIS IS THE ABSOLUTE WORST ADVICE YOU CAN GIVE.

It’s not about eating a salad or moving more. There’s something DEEPER going on that’s buried deep within.

…It’s what I discovered when thinking back to one of my most humiliating moments. And it’s helped me release over 130 pounds and counting.

I’d love to share it with you today. It’s the exact method I used that takes ALL the work out of dieting.

I’m positive you are a strong woman that kicks butt daily and is absolutely amazing in every other part of your life – but when it comes to food you still feel utterly powerless.

It’s because the traditional weight loss advice is actually sabotaging your efforts.

Let me ask you… 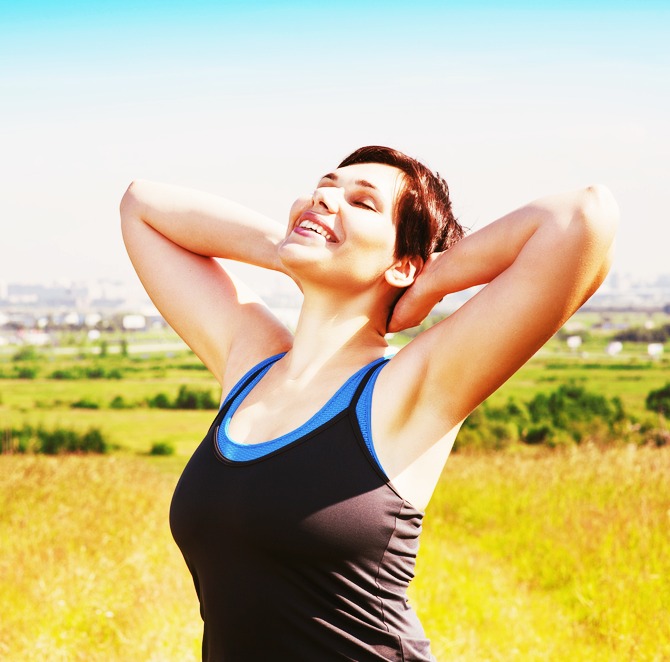 Would you like to be able to boost your confidence by 10X and get your hopefulness back about your ability to finally make a successful change?

Would you like for your every waking thought not to be consumed by what you “can” and “can’t” eat, so you can free up ALL that time and energy?

Well the good news is we can and we will!

It starts with overcoming what’s eating you.  It’s ALL about your inner game.

You can portion control, follow meal plans, and stock up on “clean” protein all you want, but if you don’t get down to the root cause of what’s eating you or what’s causing you to overeat, what led to your last attempt not working out, or why the ice cream seems to singing your name every evening before bed,  your efforts are never going to be successful in a way that lasts.

Going on a diet is like putting a bandage over a splinter in your foot without removing the splinter.  You must take the splinter out to stop the pain! And you must get down to what is the ROOT cause of the painful underlying reason that compels you emotionally eat and work against everything you say you want.

This approach isn’t flashy, it’s NOT 10 days to thin, but it is CRITICALLY IMPORTANT to your success.

I know you have a million choices when it comes to taking the first step to try again to release the weight.  This may be overwhelming, but it says A LOT about YOU, that you’ve chosen to read this right now. It says that you are eager and want to change your life for the better. I truly mean that from the bottom of my heart.

The good news is it doesn’t have to be a grueling struggle and it has nothing to do with food.

What I want to share with you is based on my experience. Mine alone. It’s radically different and it goes against everything that’s out there on how to “lose weight.”

Now, the most important question, “Will it work for ME?”

All I can say you to is that this “blueprint” totally changed my life. It works. It helped me release 130 pounds and counting. If you’re willing and open then you can try it out in your life to see if it can work for you.

So are you ready for it? If you’ve struggled with weight and emotional eating like me…then you have to see this.

It seems to me that you are ready to discover how to get the results you really want.

It’s a simple no-nonsense proven blueprint you can start to use today to overcome emotional eating, end self-sabotage for good, and release the weight ALL without dieting.

Isn’t it time you said, “YES,” to yourself and FINALLY started living your life to the fullest?

The website’s content and the product for sale is based upon the author’s opinion and is provided solely on an “AS IS” and “AS AVAILABLE” basis. The contents of this site are for informational purposes only, and are not intended to be a substitute for professional medical advice, diagnosis, or treatment. Always seek the advice of your physician or other qualified health provider regarding a medical condition, suspected medical condition, and before starting any diet, exercise or supplementation program, or before taking or stopping any medication. Reliance on any information provided by this site and others appearing on the site is solely at your own risk. The author is not engaged in rendering medical or similar professional services or advice via this website or in the product, and the information provided is not intended to replace medical advice offered by a physician or other licensed health care provider.

Testimonials, case studies, and examples found on this page are results that have been forwarded to us by users of The Blissfully Diet Free Blueprint products and related products, and may not reflect the typical purchaser’s experience, may not apply to the average person and are not intended to represent or guarantee that anyone will achieve the same or similar results. The FTC requires that we identify what a “typical” result is. Typically people never do anything with products and information that they buy, so in most cases they won’t get any results. The statements and photos you see on our pages are examples of individuals that took action in changing their lifestyle, and the results are not typical.

Login to The Bliss Codes
Reset Password
Enter the username or e-mail you used in your profile. A password reset link will be sent to you by email.